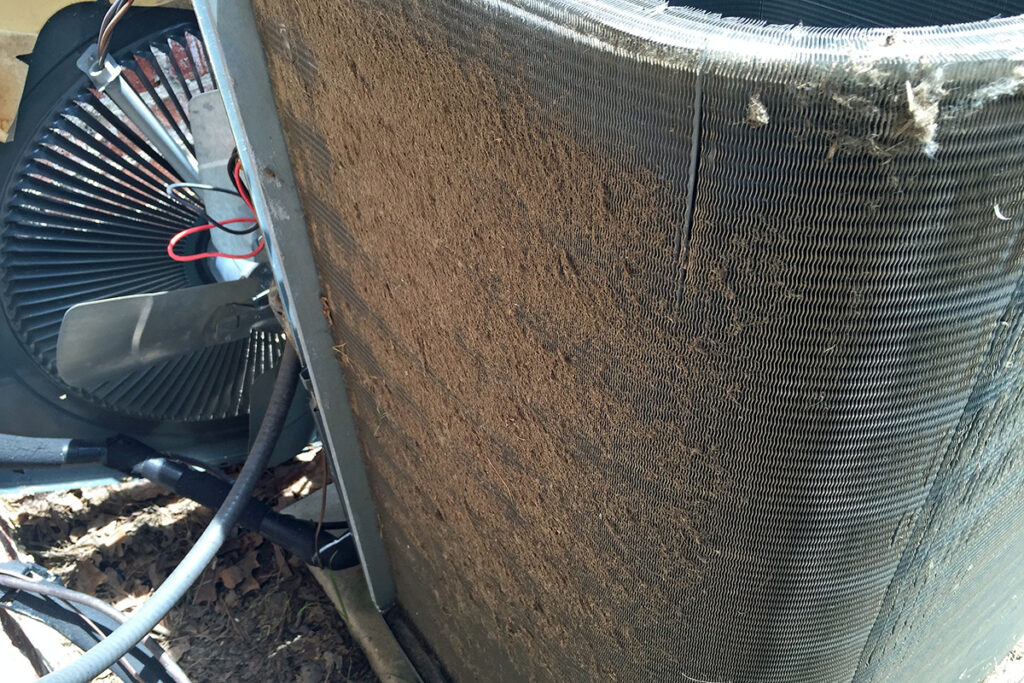 You may have wondered if you REALLY need to clean your A/C coils. It is a chore, after all, and we all want to take one more chore off the list!

There are some people who have called the necessity of cleaning A/C coils into question. This is because one study showed that dirty coils don’t impact the efficiency of your system!

That almost seems impossible, just knowing what we know about air conditioners – the job of a condenser coil is to pick up heat from your home, and then release it to the outside air. It can’t do that very important job nearly as effectively if it’s dirty, right?

Well, this study definitely surprised us! It showed that dirty coils transferred just as much heat as clean coils did. In the lab, engineers tested coils that were varying degrees of dirty, and discovered that on average — except for the air conditioner they tested with the most grams of dirt per square foot — the dirty air conditioners performed just as well.

So, a lot of people have read about this study in various news articles, and concluded that they really don’t need to clean their A/C coils! However … there is one very important flaw that we can point out about the study! The researchers concluded that the dirty air conditioners performed just as well, but, they concluded this because the dirty air conditioners and the clean ones were releasing air that was the same temperature.

You might think this would mean that they’re both working equally well. But it doesn’t necessarily mean that at all!

Why you DO have to clean your coils

It’s likely that the air conditioners with dirty coils were releasing very hot air in part because heat was being wasted coming off the compressor, which was working overtime to make up for those dirty coils. So really, it’s is incorrect to draw the conclusion that because the dirty and clean air conditioners were releasing air that was the same temperature, that they both worked equally well. It would be nice to not have to clean your A/C coils, we agree. But this study doesn’t prove that you don’t need to do it. It’s hard to argue that this chore isn’t an important part of maintaining your HVAC system!

Did you know: you actually don’t have to do this chore yourself? We’ll do it for you as part of our tune-up. We thoroughly clean your A/C’s condenser coils to help keep your system running efficiently.