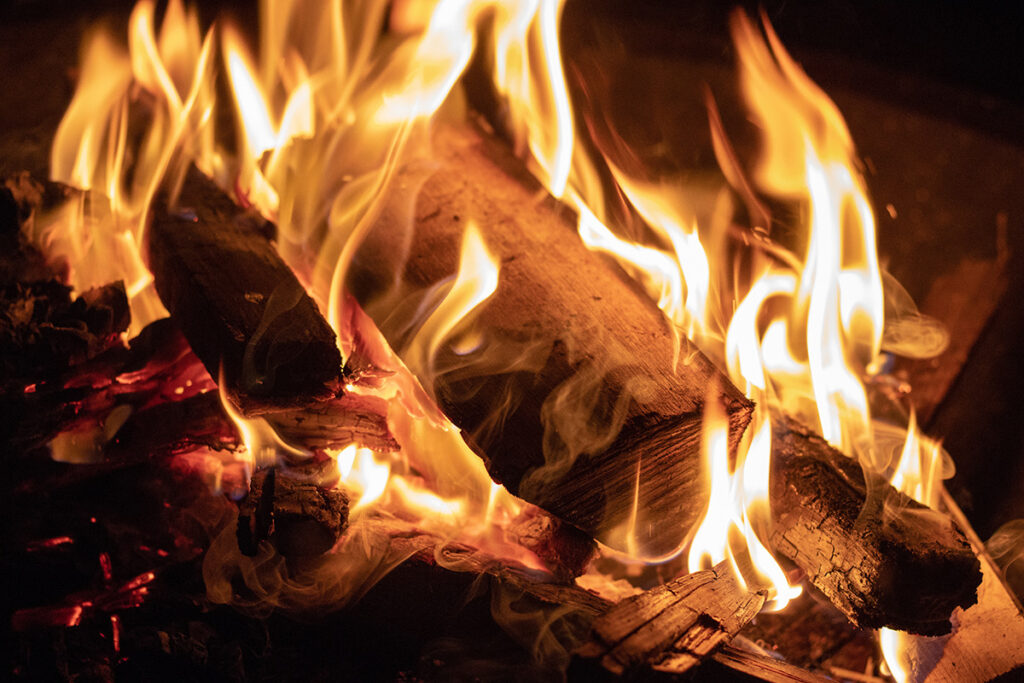 We thought we would celebrate the holidays by telling you a story! Once upon a time … before homes had heat …

As you’re probably aware, the first-ever source of heat was the fire. Early humans invented the fire about 1.5 million years ago, but the problem was, it was very difficult and smoky to put a campfire in a cave where people slept. That is where ancient people got the idea to make a central opening in a cave or tent, to allow the smoke to escape. As you can imagine, though, this wasn’t the most efficient heating method — in fact, an open fire is only 15% efficient. We can imagine that if you were told your furnace would only have 15 AFUE (efficiency rating), you wouldn’t be interested!!

The first method of central heating was used in the Middle East around 1300 B.C. It was found in a king’s palace, and it was underneath the stone floor. The Romans also used this same method. It was a great solution to the smoky air problem, since the fumes passed under the floor and never came into the room. This was almost like the first heat exchanger. The heat exchanger is the part of your furnace that vents combustion gases safely outdoors, instead of into your home. But of course, this system was still far from perfect.

Heat in the modern era

Crude indoor “furnaces,” fireplaces, and stoves were the most common methods of home heat until the late 1700s, when the invention of the steam engine led to the discovery of steam heating for your home by Matthew Boulton and James Watt (yes, the watt is named after him!), as well as hot water heat using a boiler.

Although the 1800s saw the invention of the radiator by Franz San Galli, and there were homes being heated with a ductwork system, the modern furnace was still a faraway dream. That is, until 1919, when Alice Parker submitted a patent for the first gas-powered furnace. However, the main obstacle at that time to gas heating was the fact that there were not gas supply lines everywhere, and so once these were more widespread, companies began commercially producing furnaces in the 1930s. Furnaces became more and more widespread in the post-World-War-II economy!

The end of the story …

Today, of course, HVAC technology is still improving and there are always new innovations. For example, electric pilot lights have replaced gas-powered pilot lights in many homes, and they are less likely to have a problem. Also, many furnaces have variable speed motors, which help to fine-tune the temperature to your exact needs, and also improve efficiency.

Here at Ernst, we are always looking to the future and finding the best manufacturers and models. Plus, no matter what kind of furnace you have, it’s important to find an HVAC tech you can trust to do the job right.